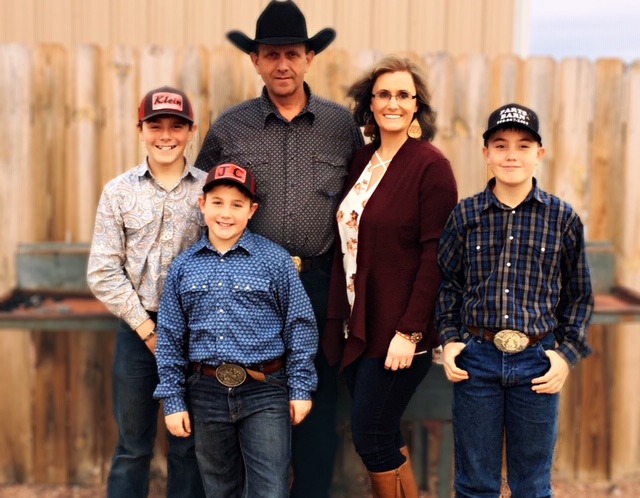 Just six miles west of Faith, South Dakota, Terry Klein and his fiancé, Jessie (Jessica), operate a Black Angus cattle ranch. Terry Klein has been in the ranching business for more than 30 years, when he bought his first 25 bred cows. Through those years, he has developed a deep commitment to raising cattle and pressing on despite the ups and downs.

More than twenty years ago, Terry moved out to the Faith area, where he and Jessie have a cow/calf backgrounding operation and also run a custom haying business in the summer.

Their ranching operation is set up to feed cattle on a program, keeping back around 100+ heifers annually to grow his herd. They background the cattle until spring, selling in February/March.

Within his Black Angus operation, Terry specifically looks for length and depth in his heifers, as well as good disposition and easy keepers. He utilizes the Wilken Angus heifer bulls specifically to meet these goals.

Ranching is big part of his family, as he grew up on a family farm, raising cattle and horses with his dad. During the busy calving season, Jessie takes off work to join him, working as a team. His son Tyler continues the ranch in Hartford, SD, where he also runs a feedlot and custom feeds cattle. In the summers, Terry and Jessie’s younger sons help with the haying business and keep multiple tractors in the hayfields around the clock.

Terry acknowledged that ranching can be unpredictable, and downright difficult, especially for younger ranchers starting out today. Snow or shine, he and Jessie press on, and look to the future with hope for the next generation.