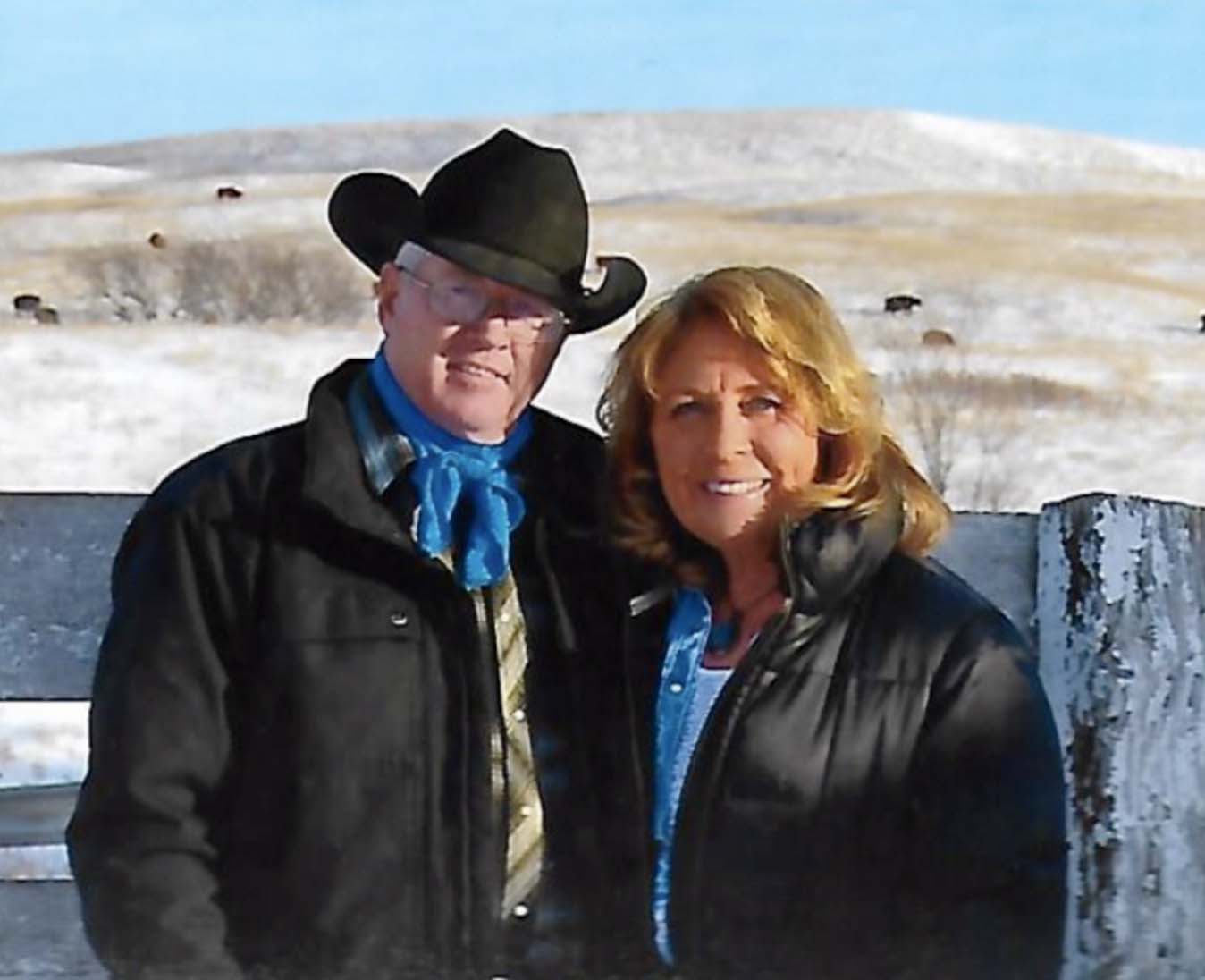 Daryl & Diana Thompson raise Angus cattle on their ranch, located west of Akaska, SD, where they’ve raised their children as well. They got their start in ranching in the early 70s, and moved to the home ranch in 1974. Today their four children are all grown, and all are involved in the ranching operation.

The Thompson operation is run by Daryl & Diana, along with their three sons and their wives. Their oldest son, Justin, and his wife Micki ranch on Snake Creek west of Mobridge with their children. Their second son, Cody, and his wife Milo, along with their two sons, ranch on both sides of the river. Daryl & Diana’s youngest son, Roy, and his wife Meredith live north of their home, and sell grass finished beef in addition to farming and ranching. Heather, their daughter, lives in Minnesota with her husband and kids, while maintaining the cow herd she started building while she was in jr. high school.

As a young rancher just getting his start, Daryl worked at three different sale barns, had a few cows, a tractor, and a couple saddle horses. He learned from others and got his start by putting yearlings together by buying bulls with horns, and a lot of trial and error. He credits his great neighbors for their help, and his wife for being such an integral part of entire ranch operation.

Daryl’s advice to new ranchers just getting started would be first to find a banker and a landlord that you respect and can work with. Then, earn their respect through hard work, integrity, and good stewardship practices. Buy all the cattle you can handle, while buying the least amount of equipment needed to get the work done. He remarked, “I never was much for budgets; instead, I tried to do the best with what I had and not to be scared to buy something I needed.”

When it comes to the benefits of raising Angus specifically, Daryl and Diana appreciate that their Angus cattle winter well without putting a lot of cost into them. They can wean a good, heavy calf while breeding back and do their own work during the winter.

The easy disposition of the Angus breed is something they appreciate more as time goes on. “The older we get and the more the grandkids help, the more important the disposition of our cattle becomes. The Wilken bulls have helped our herd’s disposition.  We also appreciate the fertility and natural fleshing ability of our Wilken bulls. Gary and Lori have been great to work with, and I consider them good friends. Our whole family has bought bulls from their program.”

This past year has been unsettling for certain, but Daryl and Diana are reminded that they are not in control and put their faith in the Lord Jesus Christ.

Their highlight of 48 years of ranching has been all the great friends they have made and working with their great neighbors. Most of all, it has been a blessing to see their children and spouses making a living off the land.